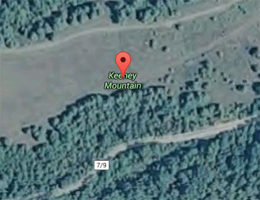 Hinton, W.Va. – Coming into December, the West Virginia Land Trust was expecting to hit a mark of protecting just over 1,000 acres across the state.  It was a sizable achievement, but the cooperation of a landowner in Summers County during the final hour allowed the group to push the tally to permanently protecting 1,400 acres statewide during 2014.

“It was down to the wire, but we were able to secure a conservation easement with a landowner that protects more than 350 acres on Elk Knob, one of the highest points in Summers County,” said Brent Bailey, executive director for the West Virginia Land Trust, an organization that worked with the landowner and Summers County Farmland Protection Board to finalize the easement.

A conservation easement is a permanent agreement that limits the types of future development allowed on a property and protects its unique characteristics, such as farmland, scenic views, or natural habitat.

“The land is still privately owned and can be used, sold, or passed on to family members. But, if the land is sold or passed on, the easement is a permanent fixture attached to the land and the development restriction must be upheld under the new ownership,” Bailey said.

Elk Knob, known locally as the Grace Walker Farm, is one of the highest and most scenic points on Keeney Mountain. According to Bailey, the property changed ownership several times over the years and at one point was considered for a residential development that would have subdivided the property into 75 separate lots. When plans to develop the property fell through, the current owner purchased a majority of the property and another buyer acquired the remaining acreage. The two owners—now neighbors—made a pact to never allow the land to be developed and approached the land trust and protection board about a way to make that happen.

“I have always felt that the beauty of this place is not only related to the ground, it’s also about the experience and I don’t ever want that to change. This mountain has power, but even powerful mountains need friends,” said the owner of Elk Knob, who did not wish to be named for this story.

According to Bailey, Elk Knob became a focus for the land trust and the farmland protection board in early 2014 when the adjoining property owner, Terry Williams, granted a separate conservation easement that protected 175 acres on Keeney Mountain.

“It made sense to work with the owner of Elk Knob to join with their neighbor and create a larger parcel of nearly 500 acres of protected land on Keeney Mountain,” Bailey said. Both of the easements protect the land from being developed and ensure that agricultural uses, open spaces, and scenic views remain intact for future generations, Bailey said. Chris Chanlett, President of the Summers County Farmland Protection Board, expressed a similar sentiment about the Elk Knob easement.

“We who want to protect our agricultural future are gratified that the new owners used our resources at the protection board to preserve the grassland on one of the highest locations in our county. We also owe a debt of gratitude to the West Virginia Land Trust for their major contribution to maintain the scenic and ecological character of this landscape,” Chanlett said.

“Protecting land on a property such as this also safeguards the streams and ensures that water quality for downstream communities is protected from the very beginning, at the headwaters. By placing a conservation easement on their property, the owners of Elk Knob have demonstrated their commitment to being good stewards of the place that they call a powerful mountain,” Bailey said.

According to the land trust website, other projects completed in 2014 include protecting 665 acres in the Gauley River National Recreation Area, providing a loan to the Greenbrier River Trail Association to purchase an access area near Caldwell, and protecting farmland in Greenbrier and Monroe counties.