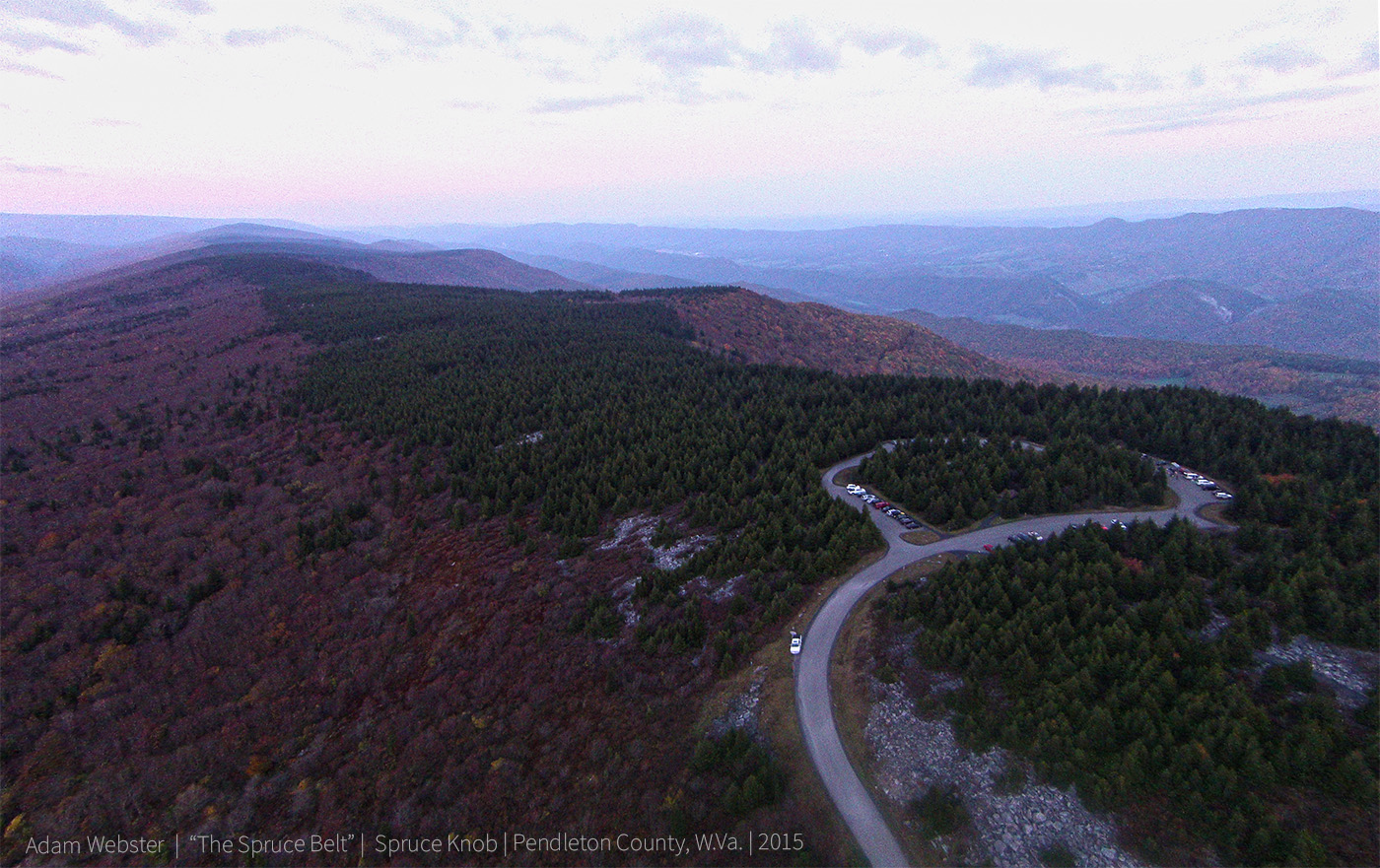 I can’t put my finger on a specific special place. Maybe that’s because at any given moment, a special place can just appear. And…it may not be a place at all.

For me, a special place can be a discovery, feeling, or experience. It’s the changing of the seasons– taking notice of the spring’s first trout lily’s popping through melting snow, the arrival of warblers and other migratory birds, a chorus of insects and frogs on a summer evening, the brilliance of autumn colors, or the absolute silence after a winter snowstorm.

A special place can be as much a place as the wild happenings of that place.

The banner photo for this story is of Spruce Knob– West Virginia’s highest point– 4,863 feet above sea level. I’ve had more than one experience on this mountain that makes it special.

I’ve picked ramps from patches tucked away on its eastern flank, drank clear, pure water from its headwater springs, backpacked its ridges and slopes, climbed its rocks and boulders, and stood at the edge of the Allegheny Plateau as speeding winds whipped up and down its slopes. These same winds are the ones that over time have battered the branches from one side of the spruce trees, given them a flagged appearance. 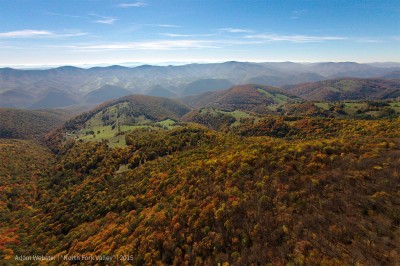 It’s always very humbling to know that on one side of the mountain, waters flow into the Potomac River and head toward the Atlantic Ocean, while on the other side, they funnel into the Cheat River, which makes its way into the Monongahela, to the Ohio, Mississippi, and eventually the Gulf of Mexico.

During the last visit, I took my oldest daughter on her first dad-daughter camping trip. We did a leaf peepers circuit– connecting from Dolly Sods down to Seneca Rocks and back up to Spruce Knob to spend the evening. 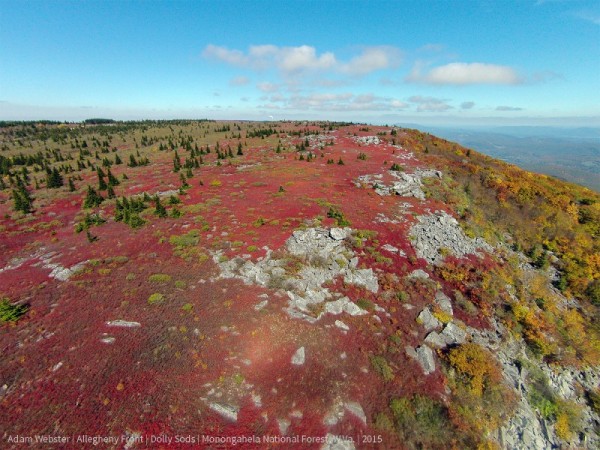 As the sun began to set, we pulled off the edge of the road to claim our own view. I boiled some noodles in a jet stove and my daughter ate her dinner while I set up my camera to take some photos.

I also lifted my drone to take some pictures and what I captured was an image that reflects the reason for Spruce Knob’s namesake– the band of spruce trees that spans its ridgeline and continues north and south along the Allegheny Divide. It’s one of the most unique ecosystems in the northeastern United States and one of the most diverse in the world, providing habitat for a large number of unique plants and animals. 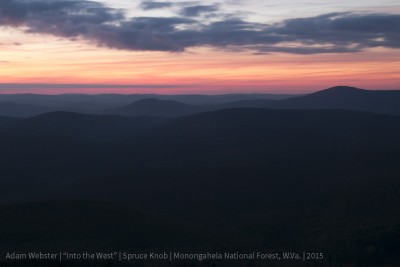 View of Sunset over Cheat River Headwaters from Spruce Knob

And so I snapped a photo of this place. And my daughter and I watched the sun disappear from the day.